What is the mission and responsibility of speechists in the Internet age? (Five)

In the turmoil of the new coronavirus that occurred in Wuhan, China, about 150 former and incumbent leaders from around the world, members of parliament, religious leaders, media personnel, Nobel laureates, and Ban Ki-moon from the local South Korea About 120 people from 6,000 countries, including the president, gathered.

Here, we will focus on the scene of the World Congress of Speechists and the scene of the "International Peace and Economic Development Association" (IAED), a subcommittee on the economy in which Jim Rogers and Neil Bush also participated.

There is no fluctuation in the big direction of Asian development 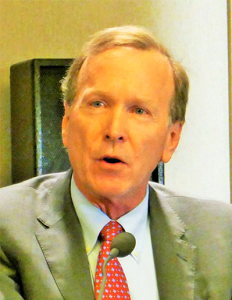 From the following 3rd to 5th, the general meeting (the theme is "realization of world peace through symbiosis, mutual prosperity, and symbiosis and reunification of the Korean Peninsula") and various subcommittees will be held at the international exhibition hall "KINTEX" in Goyang, Gyeonggi-do. Was held at.Several subcommittees have been developed, including the World Peace Summit Union General Assembly (ISCP), the World Peace Parliamentary Union (IAPP), the Council of Religious People for Peace and Development (IAPD), and the International Peace Science and Technology Association (IAPP).

The International Association for Peace and Economic Development (IAED) is a forum for active discussions centered on business people to aim for sustainable peace.In order to think about the prosperity of the earth permanently, we must make continuous efforts for peace with limited resources.

This time, as big speakers, Jim Rogers, one of the world's three largest investors, and Neil Bush, a younger brother of former President George W. Bush and a businessman from China and Asia, will also meet in Japan. From now on, Yukitaka Ishii, former president and chairman of JR Kyushu, took the stage.

Jim Rogers said in the background of a large world map slide: 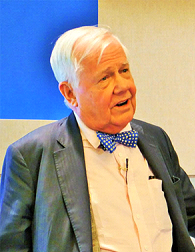 "I am very happy to have such a wonderful opportunity and above all to come to the Korean Peninsula. Because this Korean Peninsula is arguably the most exciting and fun area in the next 10 or 20 years. The 38th parallel is not far from here. The time is approaching for us to see the historic moment when it disappears. I hope to talk with you about Asia today. I am.

About 13 years ago, I sold everything that was in New York and moved to Asia with my family. I hope that my children (currently living in Singapore) will be able to speak mandaring (one of the most important languages ​​in my life) and grow up in Asia.

The 19th century was the British century and the 20th century was the American century. The 21st century is the century of Asia centered on China.I think there are many Westerners who do not like this move.But you can see that China has been the most successful country in the last 40 years.The move to work on new things has led to the development of China today.

I think that the countries around Asia will develop with the help of China.America is a country with great economic power.However, the gap between rich and poor is widening, with the most debt in history, and that debt continues to grow.History teaches us that no matter how much hegemony a country has, it will continue to rise and fall.Of course, I think that various difficult problems will arise in Asia in the future.However, there is no sway in the major direction of Asian development.I think that the unification of the north and south will open up a new path in South Korea.The reason is that it was originally one country. "

Jim Rogers also mentioned the "Asia Strait Tunnel" in subsequent Q & A. "The day will come when it will be possible to drive from Japan to Busan, South Korea, through the Eurasian Continent, and to London through the Channel Tunnel." 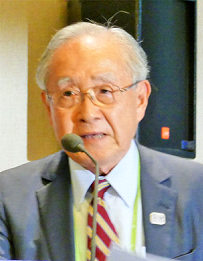 Yoshitaka Ishii, former president and chairman of JR Kyushu, who took the stage as the only Japanese speaker in the subcommittee, said in fluent English as follows.

We are well aware that, in history, the development of people and the economy has been achieved through the development of transportation.And that also leads to world peace.Japan's national railway has a history of 150 years and was privatized 33 years ago.

Since 1987, I have been the president of the privatized railway in Kyushu for 10 years, and then took the post of chairman.Kyushu is very close to China and South Korea across the sea.There are various means of transportation such as high-speed boats between Fukuoka and Busan.I would like to make two suggestions here.

The first is the idea of ​​connecting Japan (Fukuoka) and South Korea (Busan) by rail through an undersea tunnel.Currently, it is called "Japan-Korea Undersea Tunnel" or "Korea-Japan Undersea Tunnel".However, as a common language between the two countries, I would like to call it the "Channel Tunnel" in the same way as the "Channel Tunnel" in the Strait of Dover between England and France. (Applause from the venue)

This Asian Channel Tunnel will not only connect South Korea-Japan, but will connect to all Eurasian countries leading to Europe.And this is not only a means to move, but it is thought that it will lead to the solution of various problems such as energy problems and environmental problems.

This is the second proposal.In Asia, the "Olympic and Paralympic Games" will be held in Tokyo in 2, and the "Winter Olympics" will be held in Beijing in 2020.At such a timing, I would like to strengthen the connection between Tokyo, Fukuoka, Seoul, Busan, Pyongyang, Beijing, etc. through various means of transportation such as high-speed boats and railroads.

I also visited the Korean national railway.Of course, I think there are various difficulties in achieving this.However, as a person involved in railways, there are no national, race, or religion barriers, and there is only a strong desire to connect with one road.

About 25 speakers took the stage at the International Association for Peace and Economic Development (IAED) this time.And the word "Positive Peace" was used by multiple speakers.The meaning is that economic rationality is established by pursuing peace.It seems that each data and basis needs to be scrutinized, but it was a fresh and promising word, which is the opposite of the popular word "war is profitable".

Please see the link below for the full article.
What is the mission and responsibility of speechists in the Internet age? (5)-Net IB News