US Investor Appeal for Promotion of Japan-Korea Tunnel 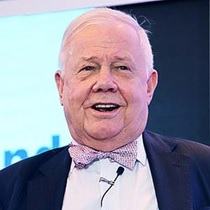 Jim Rogers, a global US investor who attended a meeting on the situation on the Korean Peninsula and Japan-South Korea relations held in Seoul, South Korea, said that if North Korea's nuclear problem is resolved and a Japan-Korea tunnel is constructed, it will move to the region. He said that the economic benefits of the government were immeasurable and appealed for the promotion of the Japan-Korea tunnel concept.

In an interview with the Washington Times, Rogers acknowledged that there are serious physical and political obstacles to tunnel construction, and if the Japan-Korea Tunnel were to be built, it would create a road to land transportation from Japan to Europe. He pointed out that it would open, and optimistically said about the concept, "Imagine a railroad or road that connects North Korea through Russia to Paris and Rome."

In a meeting with North Korea's Workers' Party of Korea Chairman Kim Jong Un, US President Donald Trump emphasized that North Korea could have "great" economic development if it abandoned its nuclear weapons.

Like Mr. Trump, he pointed out that the economic potential of the Korean Peninsula would be immeasurable if it were denuclearized and "the problem of the 38th parallel disappeared."Currently, it takes about 50 days by sea line of communication from Japan to Europe, but he said, "If you take a train in Japan, it will be delivered to Berlin in about XNUMX weeks."

He also pointed out that "everyone wants to eliminate the 38th parallel. China, Russia, North Korea, South Korea, everywhere." We have begun to remove landmines and observation posts (which have been installed in the DMZ over the years). "

The United States is not the only country that is paying attention to the economic potential of the Korean Peninsula and the effects of the Japan-Korea Tunnel.

"A major Russian transport company is trying to market this initiative in Japan," Rogers said, revealing that Russia is paying attention to the Japan-Korea tunnel.In recent years, Putin has been considering "rebuilding the Trans-Siberian Railway" to connect to the North Korean border, he said.

A diplomatic source told the Washington Times that plans to transport Russia's natural gas to East Asia through a pipeline through North Korea are also being discussed.

Regarding the construction cost of XNUMX billion dollars, Rogers said, "Russia, South Korea and Japan will all benefit. These three countries also have capital. It is possible to raise funds for such a large-scale infrastructure concept. He expressed his expectations for Japan, South Korea and Russia.

The Japan-Korea Tunnel will also be useful in countering China's economic zone initiative, "One Belt, One Road.""Not only will we compete against the Belt and Road Initiative, but we will also be competitors. By competing, we will unite the world," Rogers said.
(Washington Times special contract)

You can download the above article PDF from here.