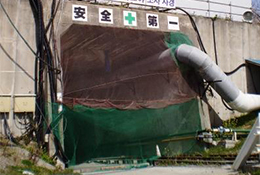 On November 1981, 11, the 10th "International Conference on Unity of Science" (ICUS) was held in Seoul, South Korea.A total of 10 people from all over the world, including Nobel laureates, natural scientists from various fields, humanities and social sciences scholars, and cultural figures, participated in the conference.At the plenary session, Sun Myung Moon, the founder of the conference, proposed the "Asia University Highway and Japan-Korea Tunnel Concept".


Mr. Eizaburo Nishibori (Chairman of the Japan Mountaineering Association) from Japan participated in this conference, but when he came into contact with the Japan-Korea Tunnel concept for the international highway, he said, "I have said something quite big, but the scale far exceeds that. I was very impressed.As soon as Mr. Eizaburo Nishibori returned to Japan, he was insisted that "the Japan-Korea Tunnel Project should be started in Japan as well", and "Japan-Korea Tunnel Research Institute" ) Is the chairman) was founded in Tokyo in May 1983.

Mr. Nishibori and Mr. Sasa were the chairpersons of the same incorporated association, Japan Mountaineering Association, and had a relationship of former chairman (13th generation) and next chairman (14th generation).Mr. Sasa was an authority on geology and was the central figure who chose the route of the Seikan Tunnel, and he was a perfect person for the Japan-Korea Tunnel Research Institute. 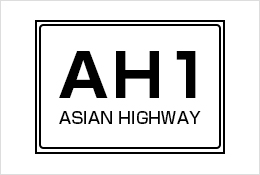 Here, I would like to take a look at the historical background of the "Asia University Highway and Japan-Korea Tunnel Concept".Looking at the transition of civilization history, the ancient civilizations of humankind started from tropical civilizations such as Egyptian civilization and Mesopotamian civilization, then moved to the peninsula civilization of Greece and Rome, and then to the island civilization centered on Britain. , Marine civilization swept the world around the British Empire.


After that, the civilization crossed the Atlantic Ocean and landed in the United States, and it came to fruition as a continental civilization.The United States has benefited from it and has become the strongest and largest nation in the world in more than 200 years.In the United States, the development progressed from the east to the west, and when it reached the Pacific Ocean, it crossed the Pacific Ocean to reach Japan.The Western civilization that landed in Japan moved to the neighboring Korean Peninsula after a period of 120 years.The symbolic event is the Seoul Olympics held in South Korea in 1988.

In other words, in order to establish an economic base in Asia, infrastructure such as the Peace Expressway and the Peace High Speed ​​Rail, which are the main logistics arteries, will be developed, and an East Asian community will be built from Japan to South Korea, North Korea, and China. The idea of ​​doing so was set out.

After 120 years of prosperity, Japan was at the crossroads of whether to enjoy more prosperity or to follow the path of decline at that time.For further development, Japan had to be connected to the Korean Peninsula in the history of civilization.

In fact, Japan in the 1990s was said to be the "lost decade."However, looking back now, it can be said that it is the "lost XNUMX years."During this time, Japan has become a society where the bubble burst, the economy is low, politics is confused, people are disturbed, and crimes increase dramatically.

Vision for Peace and Economic Infrastructure in Asia 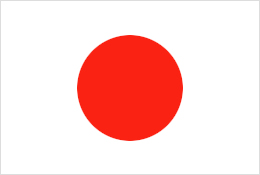 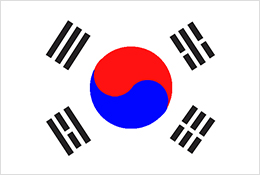 Japan-South Korea relations have historically been in grace, but by overcoming this and building a "bridge of love" between the two countries and creating a tunnel of peace, true peace will be born between the two countries. ..
If Japan and South Korea unite, the island nations of the Pacific Ocean will cooperate with Europe and the United States.

This will not only maintain peace in Asia, but also create the world's number one economic zone.Establishing an economic foundation based on a new philosophy.At the same time, by expanding the expressway network throughout Asia, it will develop into an Asian community.

At that time, the big problem is the border and the conflict of race, ethnicity, and thought.We must break through those "walls" and lead peacefully as one.That is the historical mission that Japan should fulfill with the initiative, and Japan should lead Asia by devoting itself to peaceful diplomacy.The spiritual pillar for that must be a high-dimensional spirit.

The British-French tunnel in the Strait of Dover was agreed at a summit meeting between Britain and France, and penetrated four years later.Many of the technologies used Japanese tunnel technology.The European Union (EU) was born shortly after the Channel Tunnel was built. The birth of the EU has made it possible to travel within the region without a visa.The currency was also unified with the euro.

Similarly, if the Japan-Korea tunnel penetrates, the East Asian community will be visible, and beyond that, the Asian community will be visible.A common currency must be born in the future.The East Asian Community alone will be the world's number one economic zone, and Asia as a whole will be a larger economic zone.We will expand these benefits to the world.

A combination of both spiritual and economic foundations will lead to the realization of permanent world peace.The starting point is the "Japan-Korea Tunnel". The "Japan-Korea Tunnel" is the entrance to the world peace transmission base.On the other hand, if Japan contributes with its technological and economic power, the stigma of being an invading nation will be returned and it will be welcomed by all nations.There is no more hope for Japan.This is the way Japan should go.

Introduction of the first deputy chairman and chairman 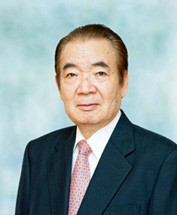