The number of suicides surged in 1998, surpassing 2011 / year for 14 years until 3, and the suicide rate per 10 population (15 in 18.9) is twice that of the United States and three times that of the United Kingdom. Become.There is a "blockage" as the atmosphere of the times that covered them.Let's analyze the cause with intelligent design theory.

Earlier, I compared the functions of the brains of men and women and suggested that "the power of women" should be used for "creation of God" such as "the total of 2016 years of the nation."Hiromi Kawakami, who supports this, "Don't be kidnapped by big birds" Kodansha, XNUMX, so I would like to introduce it.This is a feature-length novel about the future of humankind on the verge of extinction.

Surprisingly, it is designed to dispose of spent nuclear fuel from the nuclear accident and possible artificial intelligence, and under the setting that "human-derived cells are weak", children derived from cows and rabbits are sent to the factory. When he announced the world he was making in a short story, he thought that he could develop his thoughts after the Great Earthquake from here.A story was born that aims to evolve by obtaining new genes for species conservation.The following author's words represent women.

"I like writing life in the house rather than going out and adventuring (male).The characters in this story do not fight.Take a walk in the woods and feel.Even in a completely different world, humans have a life. "In other words, the whole spirit of women "has a life even in the crisis of destruction."In other words,It has the ability to stabilize it in any turbulent world.I'm saying that.This is different from Machiavellian's national theory and democratic theory (male), where a man begins with "If you don't bother others, you can do anything."

Rather than cutting down from the top of politics, economics, and thought, the "words of pure literature (female sensibilities)" that look at "life" with their feet on the ground gently push our backs.

9.1 "Community consciousness" is what causes "nuisance"

"The world has 1 million children working and 6800 million adults not working. Why do adults have to work when they have no work? Children work all day long. But the parent is suffering from unemployment. Is this the right thing to do? "It is the words of Kailash Satyarthi of India, who continues to work to eliminate child labor.Isn't this still political and economic poverty?

In old Japan, there were many people like Kinjiro Ninomiya who guided their children by preaching "the reason for things" in their daily lives. "Making money by financial manipulation rather than starting industry" is the "man's logic" of Machiavellian theory. "Let's stop such stupid thoughts and think more steadily. Women and children have a life even in the event of destruction or crisis. No, in such a crisis, <woman> I think we have to leave offspring. "

This is the word of <woman> who is experiencing "history of life" as a real feeling, and men repeat "baramaki" and "collection".Men want to do only "war" when they can make money.

As the Pope feared, in order to carry out the "1 Years of the Earth" and make it successful, it requires a base (preparation period) to ferment it.In other words, the "stabilization ability" of things and events of "women" and "children / young people" who carry out the fruit of "autonomous distributed control society" is essential.The political and bureaucratic community should realize "Japan's XNUMX million total midstreaming," which once achieved Japan's feat.At the same time as strengthening the earth's primary productivity, we must strengthen the human primary productivity.

As the globalization of capital progresses around the world, it goes without saying that areas of profit inequality and areas of tax inequality will emerge.According to economic principles, tax avoidance communities (corporations) have emerged these days without feeling guilty, and the ruling class of the world's political and economic powers will take part in it.This is the negative collective intelligence of "collective intelligence," in which capitalism and liberal democracy are well-matched.If the function of such "collection" is expanded, the synchronization function of autonomous distributed control will not work.This tendency of "thorough partial functioning" follows the same path as the process of collapse of the "nuclear safety myth".

In the disturbing atmosphere that has begun to cover the present age, the anti-intellectualism that is the source of words and actions, and the world of tax havens like this, no one aims at the perfection of humanity.It is the "death" of a stupid human being.

Don't be fooled by the devil, a Japanese business entity that pursues only "collection."The fact that large Japanese companies are becoming foreign capital one after another is, after all, a failure of the policy of the Ministry of Economy, Trade and Industry, which emphasizes finance over industry.Large corporations have a self-holding of 354 trillion yen ... We must create new things by doing "collaboration" instead of "competition".

Measures to satisfy human "collection" desires, achieve economic growth, and ensure peace are such as undeveloped regions with potential on Earth (eg, Eurasia, Heartland, or the African continent). It is the "cooperative development" of the most delayed area. "Gold is a thing around the world."1% of the world's millionaires spend money on such developments.It will lead to world peace, and the disappearance of human beings can be postponed.This is the lesson of Kinjiro Ninomiya's "For the world, for the people". There must be "universality" rather than "thorough partial thinking."

9.2 "The true nature of the coldness of this country" -survive the XNUMX million total "self-responsibility" era

The title is Hideki Wada's title, Asahi Shinsho, with Masaru Sato as the reviewer.This is an excellent "book of education" that accurately captures the movement of the earth.This is a must-read book for parents with small, middle, high school, college, and children.Recently, Japanese people have become ruthlessly cold about their attitude toward the economically vulnerable, those who have dropped out of the competitive society, or their children.Administratively, Japan is facing various social problems, such as a large number of suicides, bashing to welfare guardians, and an increase in the number of working people suffering from depression and addiction.I mentioned earlier that the voices of kindergarten kids were "noisy" and that many Japanese wouldn't let them make it in their neighborhood.This was not the case in the past.

Hideki Wada analyzes that the cause lies in the American-style "self-responsibility theory."Furthermore, he points out that he had to introduce the theory of self-responsibility because the United States has a culture that tends to avoid responsibility.The people of this country became cold because the theory of self-responsibility was artificially brought to Japan, which has a strong sense of community, and as a result, the society was dismantled from the inside.If this situation continues, Japan will warn that it will sink more and more.Especially the poverty rate of children is terrible, 16.3%, and even the crisis is in the education field.Compared to foreign countries, unemployment insurance and livelihood protection are low, and Japan has the lowest system after raising children or being unable to work.Even so, I managed to come because I focused on welfare, mainly in large companies, during the period of high economic miracle.Even if the cost of education for children was incurred, the company covered it with a wage system called seniority.Of course, if the seniority system is stopped, the country should have the education cost (the lowest among developed countries), but the country does not admit that it is obliged in the name of self-responsibility.

During Japan's growth period, most mothers and grandparents were at home and trained their children's discipline and sociality.This was the characteristic social mechanism of Japan, which was different from that of Europe and the United States.That made Japan a top-notch country.The world has changed, and women have to go out and work to become a world where they cannot live.What happens to children?

"Self-responsibility" This is also an imitation of the United States, and the Japanese originally had a strong sense of community.For the sake of the world, for the sake of people, if you turn it over, you have caused trouble and have lived with trouble.Not to bother is neither good nor justice. Let's return "spirituality" to old Japan.Don't commit suicide just because you failed.

"Imagine a group of ants, bees, and birds (group synchrony), and get into the habit of" making decisions based on facts. "Then you will succeed.As shown in Figure 9.1, let's create a new Japanese culture that transcends the United States and Europe.It can be said to be the spirit of "mono no aware".

The birth of President Trump marks the end of American internationalism that has continued since the 20th century. Poor whites and poverty rates are now even higher than Asians.There is a view that the outflow of jobs and immigration due to globalization, but the essence is the "bloat of money games" of the neoliberal policy.Japan has been chasing the US economic policy one lap behind.It's a good opportunity.Japan should also flexibly change its policy.A quiet break from neoliberalism.Then the country will succeed.

"The cause of Japan's failure is that it has accepted the United States and Europe, except for its own value."

"Structural changes" taking place in all countries of the world What are the changes that are common to the world, not only in the United States and the United Kingdom, but also in the Duterte administration in the Philippines or in South Korea? Isn't it a political reaction (swing back phenomenon) to the large-scale monetary easing measures taken by developed countries after the "economic cataclysm"?This is the case when expressed from the sensibility of the "collective intelligence" that is possessed by the set of biological systems.

"Only those who understand the essence of the complex world may simplify the central facts," says Masataka Kosaka, and I agree with him. As seen in the "Trump phenomenon," the truth is that "there is no greater distance between words and the complexity of what is to be expressed than in modern times."Sensitivity In technical terms, complex adaptive systems are methodologies (intelligent design theory) that capture them as they are, so they have optimal adaptability depending on the situation.

Where does this "blockage" in the world come from?Financial markets have crossed borders lightly, all inequality and poverty have widened globally, and individual morals and national independence have been shaken.The "anxiety" that every event will exceed the threshold value and eventually lead to destruction will not disappear from the corner of my head.Anxiety and hatred build a "wall," and peace builds a "bridge."The "wall" and "Japan-Korea tunnel" on the west bank of the Jordan River are symbolic examples.Today is an era of globalization where you can't tell the difference.But the word globalization is losing its value as a slogan.A society that has pursued economic efficiency, rationality, and efficiency has united the world.In that world, life itself disappears.Dentsu, which has been criticized for overworked suicide by new female employees, has been recognized as an easy-to-work "child-rearing support company" by the Ministry of Health, Labor and Welfare.This is "government work".No matter who does it, the same crops and products can be produced.As Takeshi Yoro says, I wouldn't spend my life doing that. 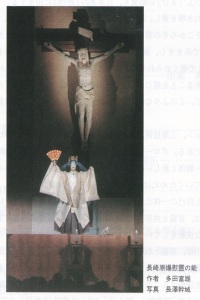 Figure 9.1 The devil may cite the Bible for his own purposes.

Don't be fooled by the devil, a corporate entity that pursues only "collection."

It is not technology that America has succeeded. It is "management".It was Japan that established "engineering" that united science and technology. The word "engineering" means "supporting the heavens."