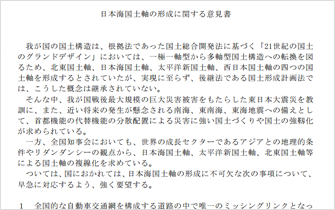 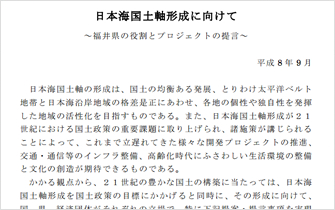 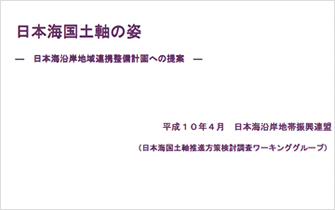 Will the Sanin Shinkansen be realized?Aiming to develop an ultra-high-speed railway that connects Fukui and Yamaguchi prefectures via Sanin, 55 municipalities in seven prefectures, including Matsue City, will hold the "San'in Transit / Ultra-high-speed Railway Development Promotion Municipal Conference" (tentative name) on June XNUMX. ) Is established in Tokyo.In addition to convenience, we will work on the country by emphasizing disaster prevention, saying that it will be an alternative route in the event of a disaster on the Sanyo side, but the cost-effectiveness barrier is thick. (Akiko Kishishita)

Matsue, Tottori, and Kyotango (Kyoto Prefecture) called for this spring because the importance of alternative transportation was noticed in the Great East Japan Earthquake.Municipalities in Fukui, Kyoto, Osaka, Hyogo, Tottori, Shimane, and Yamaguchi prefectures will participate.From Shimane Prefecture, 13 municipalities such as Masuda City and Hamada City will be added.

The founding prospectus claims that "San'in has been left behind," even though plans for Shinkansen and linear motor cars are underway in other areas.He said that it would lead to risk avoidance if the high-speed railway network on the Sanyo side was cut off in the event of a disaster, and asked the government to run the Shinkansen or linear trains.

According to the Ministry of Land, Infrastructure, Transport and Tourism, in 1973, the "San'in Shinkansen" (Osaka City-Shimonoseki City), which goes through the vicinity of Matsue City and Tottori City, was "a route to start construction" in the basic plan of the National Shinkansen Railway Development Law. It was included as.However, due to the oil crisis that year, it has been shelved for 40 years due to the financial difficulties of the country.

The key to the realization of ultra-high-speed railways is whether they have the effect of being worth the huge maintenance costs. The total construction cost of the Kyushu Shinkansen (Hakata-Kagoshima Chuo), which opened in 2011, is 5210 billion yen.The Linear Chuo Shinkansen (Tokyo-Osaka) costs an estimated 0,300 billion yen.

The Kyushu Shinkansen was used by an average of 4900 people (Hakata-Kumamoto) a day in FY2500.On the other hand, according to the JR Yonago branch office, the number of limited express yakumo users connecting Okayama and Yonago, which connects to the Sanyo Shinkansen, is about XNUMX a day even on days with many long holidays in May.

"We also have the perspective of disaster countermeasures, of course, but the cost effectiveness remains an issue," said the Ministry's Trunk Railway Division.Masataka Matsuura, Mayor Matsue, said, "I don't know if it will be realized while I am alive, but it will not be realized unless I start now. I want to connect it to the formation of the national land axis on the Sea of ​​Japan side."