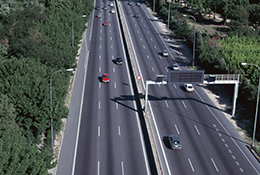 The "International Highway Project" concept, which aims to connect Tokyo to London via a high-speed transportation network, was proposed at the 1981th "International Conference on the Unity of Science" (ICUS) held in Seoul, South Korea in November 11. It is a thing.

This concept has existed as a transcontinental railroad since the time of the former Japanese National Railways (Ministry of Railways), and is a huge cross-border project and the largest project in human history over the 20th and 21st centuries.
As a result of research and research over the last 10 years, valuable data has been collected.

Japan has completed major projects such as the Seikan Tunnel and the Seto Ohashi Bridge, but this wisdom should be used not only for the Japanese people but also for improving the welfare of humankind as a whole. It appears to be.Today, humankind has ended the Cold War and is moving from war to thinking about peace, and in the era of global thinking, Japan's national policy has become a basic policy of "international contribution."Turning to the world, European integration was carried out in Europe, and the Dover Strait tunnel connecting Britain and France was completed (opened in 1994).Isn't it time for Japan to fulfill its human dream of "from Tokyo to London"?

First, looking at the effects of development and the aims of the project, the following can be specifically considered.

Consistency with the regional development concept

In Japan, a second national land axis concept is being devised as a new comprehensive plan.The intersection of the conventional first national land axis (Tokaido / Sanyo road) and the second national land axis (Tokyo / Isewanguchi / Kii Peninsula / Kitan Strait / Shikoku / Hoyo Strait / Kumamoto <Nagasaki>) is the northern part of Kyushu. So, by connecting it with the Korean Peninsula, we can cooperate with the continent.Many projects are planned in the Chugoku, Shikoku, and Kyushu regions, but by linking this east-west domestic axis with the continent,North-South international axisWill meet with. 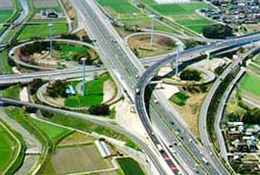 In JapanTrend analysis of transportation meansAccording to the report, most of the logistics are truck transportation.While air logistics handles emergency goods and expensive long-distance goods, and sea logistics shares bulk cargo (large cargo), it is in charge of logistics of processed trade goods in the new era of horizontal division of labor between Japan and South Korea. The means of transportation will be mainly trucks.

It is the most important point of land transportation in KyushuTosu InterWith a radius of 500km (The figure is centered on Tsushima) Covers almost the entire area of ​​South Korea and western Japan.The traffic demand for the Japan-Korea Tunnel, which runs through the center of the circle, will probably be rail / container (or truck) transportation for logistics and high-speed rail (or automobile) transportation for people.A large-scale project within the above 500km area that interacts with the Japan-Korea tunnel is conceivable.

The international highway route in Japan should be considered in the future, considering the cooperation with the existing transportation system and the new land use that matches the lifestyle of the next century (already the second). Construction of the Tomei Expressway has started).Here, as a basic policy, when formulating a development plan for the Japan-Korea tunnel-related area, the role and function of each area should be clarified, and the international synergistic effect should be enhanced while relating it to the existing development plan. It is necessary to consider. 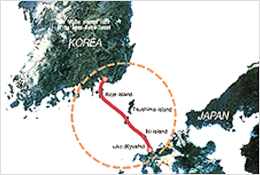 A project aims to have a direct or indirect impact, either domestically or internationally.The "Kyushu Tsushima Strait Tunnel (bridge)" as a domestic issue can be considered as one of the concrete measures to promote the revitalization of culture and economy in Kyushu and the regions on the Sea of ​​Japan side.In particular, the purpose is to greatly contribute to the solution of other remote island problems, including the northern Kyushu region, Iki, and Tsushima.Depending on the weather conditions, the remote islands may have difficulty in traffic, which is a major cause of anxiety in daily life in a broad sense, and there are some similarities to the factors of the Seikan Tunnel plan.

The only way to solve this is to secure a complete transportation route, by constructing bridges, the seabed, or underwater tunnels.As an international issue, under the assumption of "Tsushima Ichi Korean Strait Tunnel", the continent, the Korean Peninsula, and Japan will be added to create an organism such as culture, politics, and economy through mutual solidarity by characteristics, revitalizing economic activities and living in a broad sense. It is expected to improve the environment and have an impact on permanent peacebuilding in the East Asian region.

The construction project itself will be part of the domestic issue and part of the bilateral issue.For undeveloped technology related to construction, technology transfer will be promoted, and in some cases, a joint venture may be considered. Since the "Kyushu Tsushima Strait Tunnel (Bridge)" project is a domestic issue in Japan, we believe that it is necessary to gradually seek participants widely, form a promotion group, and proceed based on national consensus. The objective purpose is to create a community of values ​​with the common value of connecting Japan and the continent, as well as the mainland and remote islands, and protecting freedom, human dignity, and the rights of each ethnic nation. It seems to be assumed that it will be possible to build.