How can a big national project succeed!

5.1 Creation of a new economic frontier based on energy-to succeed in global environmental system design theory

Democracy and capitalism went well together.So far, it has been good to distribute profits.However, it has become an era in which it is required to change consciousness.Create an exciting "national centennial grand total" like the Meiji Restoration, enhance yourself by carrying it out, and intelligent design based on the information control mechanism of the brain, "autonomous distributed control" (optimal design theory) ) To design the best "mechanism" of world peace and "production and consumption".This is the gist of "Global Environmental System Design Theory".

Perhaps this is an example of the answer to Queen Elizabeth and the Pope's declaration of crisis on Earth, the supremacy of profits, and the current economic order that causes environmental destruction.And it will be an orderly means of integrating religion, art and science and technology that transcends the economy.Ultimately, we must think of it as a "complex adaptive system" based on human finiteness.

(1) Compatibility between democracy and capitalism

This is because democracy has been said to be a universal form of politics, but recently there is no common understanding of what to consider as the fundamental principle of democracy.
This is because, as Emmanuel Todd said, the sense of unity and solidarity like "we people" is no longer established, and there is a miscellaneous disparity among the people and citizens.In other words, there is "complication of society".

It is a completely different character from politics in which those who win the vote take everything, and democracy is required to create rules and maintain order in this complex difference. There is.
Democracy used to go well with capitalism, but how will it transition in a complex society, especially when the “gap” that promotes corruption is widening?
From the perspective of Kansei technology, modern democracy is worse than having the government do the good, as there have been few successful national projects to date. I came to think that it was the basic thing not to let them do it.If this is the case, the opposition can also function.

According to Masatoshi Mori (Professor, University of Tokyo), the political system of the 20th century was premised on the expansion of the economy.Neoliberalism has continued to say that capitalism develops with the vitality of the private sector, but is it possible to pursue the economic frontier of capitalism infinitely?The earth is not infinite.Human life is also finite.The last economic frontier is Mackinder's development of Heartland.

With economic expansion measures, the direction to revive democracy is at a standstill.On the other hand, in the private sector, there are many requests for political assistance because even if efforts are made, they cannot do it by themselves.From such a point, it is necessary to deal with complex adaptive systems with intelligent design (optimal design) that solves what must be done one by one.Surprisingly, I, II, and III present examples of "views of things" that university R & D developers themselves have tackled and successfully solved this problem.

5.2 Is it difficult to balance nuclear power and democracy? Adapting complexity

When it comes to who needs approval to promote nuclear power, it is difficult to limit the scope.It is not enough for the locals to agree, and if an accident occurs, it will cause damage to people other than the local government, and the damage may cross national borders.

Nuclear power plants have problems such as disclosure of information required by democracy and vulnerability to terrorism.In other words, the idea of ​​democracy to carry out what we have decided is reaching its limit.The energy problem (nuclear power problem) can be solved by combining new energy research and development with existing distributed energy and intelligent design (optimal design).For that purpose, it is important to make the global society an autonomous and decentralized energy society.Whether this can be consensus-building with democracy.

The global society is composed of various things in a complicated manner, and if one of them is destroyed, the whole will be strange...Since it is such a fragile world, it is necessary to treat it one by one with the Japanese-style "mono no aware" idea.A typical example is "children and their poverty."

Emmaniel Todd predicted the collapse of the Soviet Union by performing demographic analysis from infant and child mortality rates and taking geopolitical and anthropological considerations into account.

Kyoji Watanabe (the remnant of the dying world, Heibonsha) has a keen eye for observing Japan.

Foreigners who came to Japan from the end of the Edo period to the Meiji era seemed to be surprised by the Japanese children running around the streets from morning till night.With that happy expression, in the midst of every street, he roams around.Immerse yourself in play regardless of traffic.Rather, the adults were careful not to disturb the children's play.

It was a "good time" when children's playful voices echoed throughout the town.Japan's breakthrough since then is quite convincing to affirm the paradox of Emmanuel Todd's prediction.He says that "birth rate and training" is more important than mortality.

From now on, it will be expressed as "remaining", but for more than a hundred years, the children's roaring voices in the city have become a generation where residents complain that they are "noisy".According to a survey conducted by the Tokyo Metropolitan Government, 7% of the wards and municipalities complained about the voices of children playing in nursery schools and parks.In this situation, the government demands only economic and economic growth.Economic growth is "a certain order" and is born from "synchronization" with others.Let's return to the tolerant Japanese who are "synchronized with others" as Lafcadio Hearn and old foreigners pointed out.If not, we should know that economic growth is uncertain.When I am writing this article, the children's "collective sounds" that I often hear from the park in front of me sound like something like a "Buddha's mantra."

The best solution to this problem is to design an environment-friendly work (intellectual labor, agriculture, play, sports, etc.) system for the elderly.It also leads to reduction of long-term care medical expenses.
The national centennial total requires the "purity" and "life force" shared by young people.Without it, whatever you do, you're "bad" and you can't lead a collective synchronism like the "fall of the Berlin Wall."The elderly will provide the "knowledge and intuition" accumulated through the "experiential learning" and "collaborate" with the young.

Humans are, as shown in Figure 5.1.Experiential learningIt is a "thing" that can "improve consciousness".When he encounters a real new situation, he hurries up and pretends to be convinced, in the same way as before or as an extension of it, and actually runs away.It is not possible to create the history of the future without correctly grasping the newness of the history in front of us.

For example, in the online space called "open science" described in a later chapter, it is an important requirement for old people and children to teach and teach their skills (techniques), and for online collective intelligence to be effective. To consider.The most interesting application of online collective intelligence, at least on the surface, is in areas where there are no objective evaluation criteria, which arise from orderly free debate, such as the good and bad of restaurants and the new trends in movies and music. 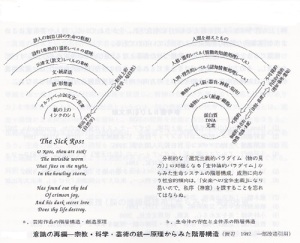 Figure 5.1 Reorganization of Consciousness-Hierarchical Structure from the Viewpoint of Unified Principles of Religion, Science and Art