-Sensitivity of the synchronization of a group of women-

Construction of the Japan-Korea tunnel is the key to designing a global environmental system centered on energy, but since it is a total of XNUMX years, people with "purity" and "power to continue for a long time" Should do the job.To do anything, first of all, you have to have "purity" like a child.It is a group of young people who are satisfied with these projects.It is necessary to create a foundation (soji) like the era of "XNUMX million total midstreaming" that the synchrony and empathy of the group are easy to act.Today's young people have a volunteer spirit that is equal to or better than that of foreign young people, so the first thing to do is to get the impression and empathy of young people.Also, I need to show women's "long-lasting power," "love for beautiful things," "do not fight," and "sensitivity" and "delicate sensitivity." I believe.

Women feel stronger in the "in case of emergency".At the request of a group of women in Nagasaki, I have been working together for 15 years in Guinea-Bissau (a small country with about 120 million people in the westernmost part of Africa) as the executive committee chairman of the school building association.The school's construction philosophy is to carry out no financial support activities as education, culture, and activities, and to build an autonomous decentralized controlled society.

Instead of collecting OECD and prefecture donations and sending money through public institutions, women themselves went to the site to search for land, select and negotiate, and even carpenters and plasterers were selected and created. It was.This fund is the actual profits and care of each member and volunteer of the "World Peace Women's Union" who sold XNUMX yen tickets for charity music concerts, movie shows, lectures, etc.It was Ms. Kikushiro Baba who actually built the school locally in this way.

The role of this support activity is to propose "methodologies" when creating new things, and to deal with economic problems and technical problems according to the "Please tell me something" that is always required at the beginning of the meeting. It is to talk in comparison with the situation in the world.Specifically, the vague big proposition of "building a school in a small country in Africa" ​​is broken down into medium divisions, small divisions, and individual assignments (disassembly, in rugby terms, processing of balls in Scrum). It is said.)After that, all you have to do is divide the roles of individuals and plan and execute the schedule.A checkpoint (examination committee) will be set up in the middle to check the progress.This is summarized in A8.1 (for example, Fig. XNUMX) to form a comprehensive implementation plan diagram. 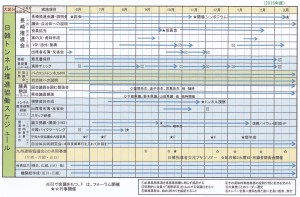 In other words, it is a process control diagram for new development that is being done by a company.When I first taught this, from the second year onward, I found the theme myself and asked, "Is this okay?"Corporate workers are also inferior.After that, if you continue talking about some theme for 2 years, you will have a "foundation of thinking" and you will be trained in your ability to challenge anything and your creativity.Women have this kind of "sustainable power, strength of mind".When this is achieved in a group, it develops into "collective intelligence" and then "group synchronism."Women's "delicate sensitivity" takes it firmly.

Let us consider the source of such "emergent".

8.2 Immerse yourself in a sense of security as if you were wearing a Mino-the sensibility of film director Doris Dörrie (Germany)

Collective synchrony, or how it works within a group, has been, in a sense, a philosophical question for Doris Dörrie.That's because the crowds you see in the city of Tokyo look totally different.

The motivation to make me feel this is probably this. What I said was that the expression of the play "a school of black fish" gave dozens of Germans "try to move like a school of fish". I instructed him to express it, but it seems that it didn't work.It is not difficult to grasp the relationship between individual individual and group behavior, and it is not difficult to imagine who will determine the overall movement, but the self-organization and emergent of the unification of East and West Germany (the collapse of the Berlin Wall). It is a race that shows the synchrony of a large group, and there is a very clear "group synchrony".After all, in the first place, it may be necessary to have "sensitivity" "fluctuation" or "inspiration" to motivate something.

But for people walking in the streets of TokyoA group that is in harmony with natureShe says it has become.This pointed out the "flow of groups at multiple intersections in Shibuya" and its synchronization, which often appears in the "Why Did You Come to Japan" video on Tokyo TV, and foreigners said, "I am also in it. I came to immerse myself in Tokyo. "

This "awareness, discovery" gives extremely impulsive suggestions regarding "human sensibility" and "its expression".At first, she didn't have the courage to get into the quiet, flowing movements.In order not to collide with others, we must unknowingly sense the existence of the group.However, once you get lost in the group, it's like"I felt like I was wearing a cloak of invisibility, and I felt reassured that I could erase my appearance."That is.What a "delicate feeling" expression.I think you can see that Emmanuel Todd says that "only Japan and Germany" still have "community consciousness".

The "sensitivity" of German women is still going on.

8.3 "Mono no aware" and "group synchrony", and differences in information processing between male and female brains

Doris Dörrie went to a hot spring resort in the mountain poles of Tohoku, stayed there, and went to a communal public bath.At that time, I was in the position of a mother, so it seems that I was blessed with the opportunity to meet many Japanese women.They got into the "flock, group" of women.

What impressed me in this experience of Japan was that no matter what people did, they were careful and polite."Kubari" appears in just a small amount of work, and the attitude of not neglecting things without distinction is perceived.

"I was convinced that the Japanese were meisters when it came to treating small things divinely, like caressing them."At the same time, he said, "I have come to think that this is the manifestation of the idea of" mono no aware "that I have been listening to for a long time.

In response to the reporter's question, "Can Germans understand'the mercy of things'?", "Germany and Japan have in common the cultures of" order thinking, "" romanticism, "and" irrationality. " In my interpretation, "mercy of things" occurs where these three elements collide.Sensitivity is not as developed as the Japanese, but it should be accepted by the Germans. "

For the author who feels that different information collides with each other and creates another information (invention, discovery) that is collective and synchronous, the woman who made me realize that this is also shared in the emotional world. I think "physical knowledge" is sharp.I am convinced that the ability to find relationships in such seemingly unrelated events, "sensitivity," will lead to success no matter what you do.

How congenital is the difference in behavior between men and women?Regarding the relationship between brain function and behavior, there is not much difference in the results of various experiments.The difference seems to be determined by "how to adapt to the environment" and where and how they grew up.It is not recognized that there is a difference between a mathematical brain and a specialized brain.It is determined by acquired things.

Have the performer speak and apply their emotions.It is said that the ability to read emotions is a woman, and the spatial perception of maps is a man.Boys' children prefer things with cars.Girls naturally choose rabbits and dolls.

Interestingly, let the monkey put a lot of toys and choose.After testing how long she would play, the female chose a doll.I'm not interested in trucks.Males are interested in trucks.Don't touch the doll.It is common with humans, but the reason for this is that females raise children in the womb for nearly a year and spend a lot of time raising children, which may be the nature of the gene.The male brain loves to break down and destroy things, and is good at systematization, but it is said that one of the hormones, essterone, has an effect.Moreover, although this may be a stereotype, men have concentration and judgment.But the womanDo various things at the same timeHave the ability. In the brains of men and women up to about 22 years old, in the case of women, there are many circuits that connect the left and right hemispheres.In the male brain, it seems that a network that connects what one sees to behavior is developed.

Judging from these facts, the difference between men and women can be seen as the difference in emotions and emotions, not the difference in behavior.in short"Sensitivity" that creates something soft, movement or spiritualWomen are better.Even if you look at the story of Genji and the paper on the pillow, you can nod it.Figure 8.2 shows the ability of human beings to create, regardless of gender.In order to increase the brain activity and the learning effect, in the emotional system (amygdala)It is important to quickly determine that the input information is "worthy"...In response to that impression, the logical information processing system mainly considers the means and motivation, makes a comprehensive judgment, and takes action.In other wordsAutonomously find a purpose and take action on your own..It is repeated until it becomes the "optimal design".

As mentioned above, it can be said that it is the ability of "young people" and "women" that men do not have that leads to the success of "XNUMX years total".It is a woman's ability to "do not go to war."In other words, even in the crisis of extinction, there is a woman's unique personality that she has a life, that is, her emotional skills. 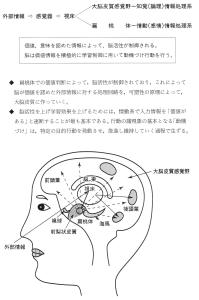 Figure 8.2 Characteristics of information processing in the brain-learning controllability by emotional information (Kawaguchi 2010)