"Korea-Japan Tunnel Study Group 10 Year History" was published in Korea, and a congratulatory address was published by the president of the foundation.

The Korea-Japan Tunnel Research Institute (co-chairpersons: Xu Yizawa, Lee Ryu-Kin), which is conducting research and promotion campaigns for the Japan-Korea Tunnel in Korea, celebrated its 10th anniversary, and at the end of last year, the "Korea-Japan Tunnel Research Group" was held in Korea. 10 Year History ”has been published.Among them, the "publication congratulatory message" sent by Hirofumi Sato, the president of the foundation, was posted, and we would like to introduce it below. 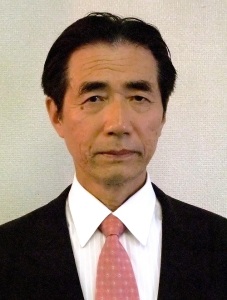 Congratulations on the 10th anniversary of the establishment of the Korea-Japan Tunnel Study Group.I congratulate you from the bottom of my heart.Today, the national momentum for promoting the Japan-Korea tunnel in South Korea is increasing, and this great achievement is that your study group actively develops conventions, lectures, seminars, inspections, public relations activities, etc. in South Korea. We are grateful for the hard work and efforts of all of you over the past 10 years.We would like to express our sincere respect for their success and look forward to their further development in the future.

I would like to borrow the paper and report on the IHF's retrospective and prospects.

The purpose of the establishment is to promote the realization of a unified world of peace by contributing to the freedom, peace and prosperity of Japan, Asia and the world through the "International Highway Concept" advocated by President Sun Myung Moon.Especially in Japan, we are promoting the early realization of the Japan-Korea Undersea Tunnel.

The results of work over 10 years are as follows.Approximately 120 million m1986 of survey slope land has been secured at three locations: Karatsu City, Saga Prefecture, Iki Island, Nagasaki Prefecture, and Tsushima Island.At the Karatsu site, a survey slope has been excavated since 580 and has reached a length of 80 m.In Tsushima, a survey shading site of about 2 m2014 was secured in the Aren area, a 1300 km carry-in route was laid, and the pit entrance was excavated in 5, and a survey pit (about 150 m) was excavated for horizontal boring excavation. I'm preparing.At the Iki site, a 30m carry-in route to the survey inclined shaft was completed in May last year, and preparations are being made for excavation of the inclined shaft entrance.It is worth mentioning that we have the surface of the planned passage through the Japan-Korea Tunnel and the data of the seafloor topography and geological survey on the Japanese side. For more than 100 years, we have already invested more than XNUMX billion yen in research, land acquisition, public enlightenment projects, etc., and we are continuing activities toward the early realization of Japan-Korea tunnel construction. ..

In addition, a national movement was launched to gain the support of the Japanese people, and in 2018 the formation of the "Japan-Korea Tunnel Promotion Prefectural Citizens' Conference" was completed in all 47 prefectures, and in November of the year before last, the "Japan-Korea Tunnel Promotion" was completed. "National Conference" was established. We are preparing to obtain national approval for the construction of the Japan-Korea tunnel by 11.

The Japan-Korea Tunnel has greater political and cultural benefits as well as economic benefits for both Japan and South Korea.The physical and psychological merits of Japan relaying the Korean Peninsula and connecting with the countries of the continent by land are immeasurable.This means that Japan will no longer be an island nation, and as a result, the exchange of human resources and culture will become more active, and the Japanese people will be cultivated with an Asian community consciousness, which will also serve as an opportunity to form an "East Asia community."

For South Korea, it will become a logistics hub center in the East Asian region and is expected to develop dramatically, but the Korean Peninsula will become a cultural center that can lead East Asia and integrate East and West civilizations. It can also be the land of the new civilization.

In this way, we are standing on the cause of prosperity and peace in both Japan and South Korea, and also for the prosperity and peace of Asia and the world, so there is no idea of ​​giving priority to the interests of Japan alone.Now, the era of wanting only the interests of one's own country is about to pass.The prosperity of one's own country cannot be achieved unless one moves from a home-centered idea to a global, that is, a global perspective.To that end, I think that Japan should be a leader in the realization of the Japan-Korea tunnel construction, even at the expense of human resources and funds.

Japan should utilize its economic and technological capabilities to serve the world.By doing so, you can become a country that is loved and loved by the world.It will also make up for the mistakes of the past during World War II, which caused great damage to neighboring countries in Asia.The trust and favor that such attitudes and actions naturally gain from other countries is the country's greatest asset.We are doing business on the international highway with the intention of leaving a legacy that we can be proud of for the future.

Ideally, the construction will be done by the national budgets of both Japan and South Korea, and the operation will be privatized by freight revenue.It is difficult to secure enough fare income to cover the huge construction cost of at least about 10 trillion yen with investment and loans of financial institutions such as investors and banks, and to repay with the operating income of the fare income main body. So it is impossible.Since the Japan-Korea Tunnel is an international public property, we believe that national-led construction is the main focus of the national project between the two countries.

The essential requirement for the success of the Japan-Korea Tunnel Construction Movement is to continue to carry out the national enlightenment movement persistently and continuously by all means.To that end, the formation of the "Japan-Korea Tunnel Promotion Prefectural Citizens' Conference" has been completed in all 47 prefectures throughout Japan, and through regular lectures and seminars, and on-site inspections of Karatsu and Tsushima, all levels of the people are widespread. We continue to appeal for the necessity, value, and effects of the Japan-Korea Tunnel through a grass-roots movement.

However, what is needed from now on is to appeal to all levels of the people directly using various media and public relations media while working with politicians, religious groups, business circles, etc. to form public opinion and expand the national support base. Is.

In order for the main pit construction to begin, the advanced pit is first excavated, and in addition to these constructions, there are also issues such as legal maintenance and securing of construction budget, so there are many things to be done.Even if all of these are maintained and the main mine construction begins, it will take a minimum of 10 years to complete, so 2030 will be the shortest and fastest goal period.

2019 is the year before the Tokyo Olympics, such as the 70th anniversary of the founding of the People's Republic of China and the confrontation between the United States and China.At such times, the Foundation must further deepen cooperation with your association and strengthen the promotion of the realization of the Japan-Korea Tunnel to promote friendship between Korea and Japan and the unification of Korea and Japan. think.We pray for the further development of your association.