The Japan-Korea Tunnel was published in the Korea Toitsu Nippou

President of Busan University, Mr. All Tiger, holds the theory that a "Korea-Japan Undersea Tunnel" should be dug in order to blow a warm breeze into the current cold Korea-Japan relations.He is also a shipbuilding and marine engineer, saying, "In the era when the undersea city concept is drawn, it is not difficult to build an undersea tunnel." On the XNUMXth, I met the president of Busan University, who is aiming to enter a prestigious university in the world.

--The inauguration pledge in June last year was "a global national university preparing for the unified Korean era."

"We can prepare for the future only by taking the initiative. The agenda of unification is very important. Unification comes suddenly at a certain moment. It will not come intentionally. Busan is the gateway to the Eurasian continent. From the other side, it is an outpost that extends into the ocean. Busan is the city that has the environment of a global city. There is a global university in the global city. Only the city of New York is seen. However, the culture of young people centered on universities is the driving force for the development of the city. I want to make Busan University a prestigious university in the world by jumping out of the country. " 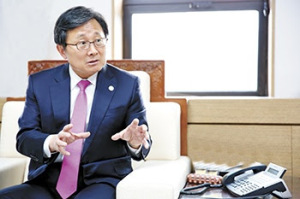 (Photo by President All Tiger)

--It seems that South Korea needs to build an undersea tunnel between Korea and Japan in order to become a country that connects the ocean and the continent.

"As you say. Korea-Japan relations are important for South Korea's development. The excavation of the Korea-Japan tunnel is the core. Busan is the center of the East Sea (Sea of ​​Japan) economic zone that connects Japan, China, and Russia. To do so, it is necessary to open a tunnel. As a shipbuilding and marine engineer, I think it is not so difficult. Digging a tunnel on the seabed is, in the extreme, an extension of civil engineering work. You can do it if you have the will. It is a project that will greatly help improve the cold Korea-Japan relationship. "

--Your fellow residents in Japan have established the Keiken Silver Academy at Busan University and have been interacting with them for XNUMX years.

“The founder, Chairman Kim Keiken (Kyoto's first generation in Japan, XNUMX years old) is a pioneer in re-education of the elderly in South Korea. Keiken Silver became the pride of Busan. It has established itself as a facility. The competition for admission of the elderly is fierce. It is amazing that Koreans living in Japan feel the motivation to live a "second life" in their homeland. We are living in Japan. I think my compatriots not only improved Korea-Japan relations, but also made a meaningful contribution to their homeland. " 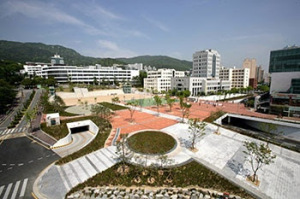 --Keiken Silver is the only academy in which a support group for Koreans living in Japan has been formed.How can we continue the relationship in the future?

"In January of this year, the number of graduates exceeded XNUMX. Thanks to the support of fellow members such as Kim Jianji, the chairman of the Brotherhood Supporters Association in Japan, we will be able to hold a special ceremony to commemorate this. Thank you for your continued support and support for the past XNUMX years, and strive to continue to have an important relationship. The people living in Japan have greatly helped the economic development of their country since the poor times when they were suffering from spring poverty. I think the Keiken Silver Academy is also a successful example made by a fellow resident in Japan. If the children of a fellow resident in Japan study abroad at Pusan ​​University, prepare scholarships and other support measures. As much as possible, I would like to help the next generation of Korean students living in Japan, and prepare a special course so that elderly people living in Japan can receive education at the Silver Academy. "