According to this "Global Environmental System Design Theory", Japan can efficiently reform its energy production structure.Japan, like China, depends on the Middle East Gulf region for 80% of its crude oil.Distributed energy by building heavy oil ships and hiring people to carry them from the Middle East to nearly half the circumference of the earth by using wind power generation using deserts, large rivers, and biomass. It produces electricity with a water turbine, pumps electricity, stores electricity, and sends it with a single switch.

For private power generation, a high calorie gas turbine that produces high calorie gas H10 and CO from biomass and is supplied with electric heat is recommended.This is because the gas turbine does not require water and can utilize heat with high efficiency.Of course, since there is a transmission loss, it will be high voltage transmission, but the world's highest pressure SiC (silicon carbide) semiconductor (withstands 21700V) that reduces the transmission and transformation loss to about 199/2013 has been developed (Kawaguchi). Katsuyuki "Nuclear Safety Myth" and "Biological Diversity of Babel Tower" Myth, "World Peace Study" No. XNUMX (XNUMX)).Mitsubishi Heavy Industries has succeeded in transmitting XNUMXkw of electric power as microwaves and returning it to electric power, but this has not yet been put into practical use.It is the energy management system that produces, manages, and distributes all of them.

4.1 Heartland (World Island) Concept and Countries of the World

If the government really wants to achieve "economic growth" that cannot be done, instead of "collecting" "money" with finance, it will transform the industrial structure centered on oil, coal and nuclear power in Japan, and Heartland It is important to develop the economic frontier by oneself and to put "Katsu" into a mature society by "transporting energy" by "electricity" and "pipeline". The "Pipeline Corridor" is a northern energy corridor that sends gas or crude oil to Hokkaido via Sakhalin through the development of Siberia.

In the south, the last frontier Heartland centered on the Japan-Korea tunnel and Kyushu will be connected, distributed energy production, and optimal control (energy management system) to increase its utilization rate.In other words, the earth builds one "global environment system design".This is because untouched energy sources (including distributed energy) are still sleeping in this Heartland (World Island) more than expected.Putin of Russia is calling for investment and collaboration in Russia for this development.

Russian President Vladimir Putin contributed to the world's major media at the Asia-Pacific Economic Cooperation (APEC) on November 2015, 11, reiterating his strategy of strategically focusing on the Asia-Pacific region.The cooperation between Russia-led economic block "Eurasian Economic Union" (former Soviet Union five member countries) and China's national strategy "One Belt, One Road (land and sea silk road economy)" involving India is exactly the cooperation of Asia. He argued that it was a way to contribute to the integration and peace of the Pacific economy.

Behind this is the Russian Far East Sivelli, which is underdeveloped.Putin has argued that the development of railway networks in ports and Siberia in the Far East and the docking with the Belt and Road Initiative will be a joint of infrastructure connecting the Asia-Pacific and Europe, and is requesting investment and technical cooperation with Japan and other countries.

On the other hand, the fact that Germany, the land country, is approaching China is actually aiming at the Eurasian Heartland economic zone, and an alliance of land kingdoms is being formed.European countries have agreed to this initiative.That is why China's Asian Infrastructure Investment Bank (AIIB), which raises the funds, has announced its participation as soon as possible.

South Korea has focused on China for its economy and the United States for security, perhaps because of the fate of a peninsula nation.Under the threat of North Korea's repeated missile launches and nuclear tests, the High Altitude Area Defense (THAAD) placement debate ignited, and the United States and South Korea decided to deploy a new missile defense this July.A new crisis has been introduced.China and dew strongly oppose this.However, the Silk Road economic zone centered on the Japan-Korea tunnel must greatly contribute to the unification of the North and South Korean Peninsula and the "peace" of the East Asian economic zone.

4.2 How about Japan's response?

Most of the voices say that the TPP in the Pacific Free Trade Economic Zone should be used to counteract.However, there are many politicians in the United States who advocate "economic isolationism."It claims to create trade barriers.In the first place, there is growing skepticism about free trade, and trade agreements expose some industries to fierce competition and force them to shrink, so they are not effective enough to encourage economic growth. It is fundamentally different from the "Heartland Concept" that creates the "economic frontier."Therefore, the Trans-Pacific Partnership (sea country) will work with the Heartland initiative (land country).If you want economic growth for world peace, you have to do so.The Japan-Korea tunnel will be the bridge.

The TPP is an effort to impose common rules on member countries and revitalize trade and business activities. "One Belt, One Road" has no common rules or concept of member states. It is a flexible policy of "do not refuse what comes".In short, we are looking west to increase our influence in the international community while avoiding a decisive conflict with the United States.

A $ 400 billion "Silk Road Fund" should be created and a plan to collaborate with the Asian Infrastructure Investment Bank (AIIB), which is being created by China.It is most natural to do so for world peace and for the stage construction of linear motors (magnetic levitation ultra-super Shinkansen).

On the other hand, the Japanese government's response is not limited to education, and evidence based on overseas data is hardly reflected in the decision-making process.In spite of this, we do not verify the results and effects using the data of our own country.

In Japan, we have created a "consultation of experts" where R & D members may give general opinions,There is no strategic move by the government and R & D to carry out policy research together and make the policy based on scientific grounds (intelligent design) to raise the level of research realization in the social sciences. can not see("How to see things" IIIIII, Katsuyuki Kawaguchi "World Peace Studies" Professor of World Peace Academy).The conference of experts such as scholars seems to create an opportunity to "escape" when it fails.

Japanese governments often take their own methods without utilizing the "knowledge" of R & D developers.And he repeats Murphy's law that "what can fail will fail".There is an urgent need to improve this point.

4.3 National Centennial Total-Intelligent Design for a Country of Culture

Recent studies have pointed out that in the lower grades of elementary school, there are already disparities due to family economic conditions.Studies have shown that investing in poor children reduces social costs. The government's most important task is to provide the necessary and sufficient support to one in five poor children to close the gap.Without this, "the total of 5 years of the nation", that is, "creation of God" cannot be done.I think "God's creation" and "human creation" are the same source.

Create a country where children can play freely in the fields, mountains, parks, schools and children's gardens.It will be the basis for becoming a healthy country with a birth rate of 2.0 or higher, which is comparable to that of France, and achieving "XNUMX million total midstreaming".The Japanese are wise ordinary people.It is important to "make the center" of the population distribution. 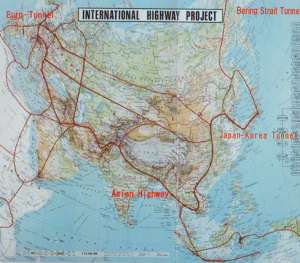 Figure 4.1 Coordinating the East and West of the Eurasian Continent (land countries) with the Trans-Pacific Partnership (sea countries)